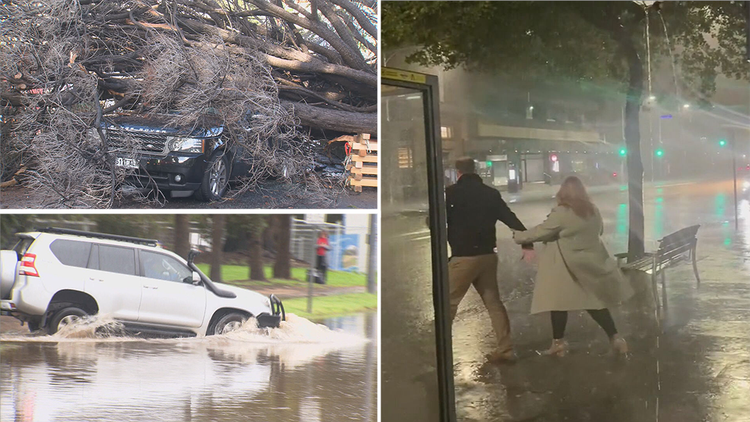 A severe weather warning is in place for multiple states as an icy cold front moves across the country.
Melbourne is set for another cold week following the recent polar blast, with temperatures not set to rise above 13C in the city.
Damaging winds have also been forecast for the eastern and north-eastern parts of the state.
READ MORE: Russia hits Kyiv with missiles as Putin issues warning to West
Heavy winds are also coming to Sydney today, while there are warnings of blizzards in Australia's alpine regions.
Adelaide has already endured a dangerous storm, with trees felled and creeks overflowing in the state capital.
The city had its wettest day of the year so far yesterday, with 46mm falling in the CBD and almost double that in the Adelaide Hills.
READ MORE: Driver's incredible escape as fallen tree smashes car
Parklands were turned into lakes and residents were trapped in their homes as trees toppled.
Gusts of up to 102km/hr were recorded, with the SES receiving more than 500 calls for help over the weekend.
The SES also resorted to distributing free sandbags at a number of Adelaide locations yesterday.
And a major rescue operation was carried out after a man was trapped in his car just west of the city, when a tree fell on it.
He was able to crawl out of his window to safety, luckily sustaining just a sore finger.
Cold and wintry weather is set to continue in Adelaide this week, though the worst of the rain has passed. 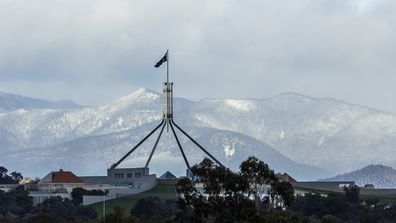 Property News: Sunny playground where the growth is only just beginning - domain.com.au